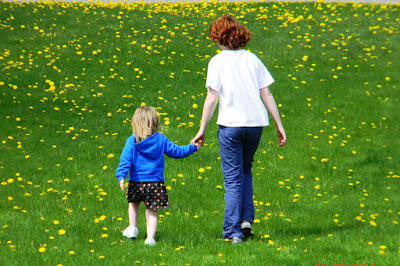 
Faith, a small but incredibly powerful word, just five letters, yet the concept that it attempts to contain in those five letters represents an infinite power, a power that can fuel our spirit and give strength to our minds and bodies far beyond any physical substance could.  We are probably all familiar with this word both hearing it and using it; I have faith in you, keep the faith baby, I took it on faith, a leap of faith, having the faith of a mustard seed.  Yet, how well does anyone grasp it or experience it. As General Semantics philosophy would phrase it; the name is not the thing in itself. Faith goes far beyond its name.  Like another small word; atom, describing such a small particle that it can only be seen with some of the world’s most powerful microscopes, yet, split this minute particle and immense power flows out.  The power in the atom pales compares what is contained in faith.


There are dictionary definitions of faith; a firm belief in something for which there is no proof. Perhaps the Bible gives one of the better definitions of faith; Now faith is the substance of things hoped for, the evidence of things not seen. (Hebrews 11.1)  The Biblical definition and General Semantics coming closer to the mark realizing that the being, the concept of faith transcends physical proof and embrace the greater reality of mind and spirit. The Cayce readings state this quite well.


26. What, then, is this faith that is indicated? This one KNOWS, when one becomes aware of same; yet may never put it into words nor tell another by words - or acts even - as to what that consciousness of faith is. Yet we may see the shadow of same in what faith has prompted in the experiences of others -  Text of Reading 2174-2


If one wants to understand how well they understand their own grasp of faith, I would suggest bringing some friends together and discuss each understanding of one’s individual concept of faith.  You will probably find a variety of perspectives on faith’s meaning.  Such a discussion, though just words, helps us seen into ourselves how well our knowing of faith is.  In the ability in expression to others of our concept we see how well we grasp it ourselves.  Here is one of the first steps to measure how much faith is applied, practiced in our personal lives.  For faith is an experience, it is living and growing, it is active, not passive, it is participating with each other and the universe acting on its power and concept.


In the beginning I noted several phrases that we have probably heard and used, one I had not included was the phase; “An ACT of Faith.”  That is an integral part in knowing and growing of faith within us.  The application, the participation with faith, through our daily experiences helps bring it beyond a word to a knowing.  A variety of the world’s sacred texts share examples of such active faith. The Bible has a wonderful example of acting and living individual faith.


7 After Jesus[a] had finished saying all these things[b] to the people who were there listening, he went to Capernaum. 2 There a centurion’s servant, whom he valued highly, was sick and about to die. 3 When the centurion[c] heard about Jesus, he sent some Jewish elders to him to ask him to come and save his servant’s life. 4 So they went to Jesus and begged him repeatedly, “He deserves to have this done for him, 5 because he loves our people and built our synagogue for us.”


6 So Jesus went with them. He was not far from the house when the centurion sent friends to tell Jesus,[d] “Sir,[e] stop troubling yourself, because I’m not worthy to have you come under my roof. 7 That’s why I didn’t presume to come to you. But just say the word, and let my servant be healed, 8 because I, too, am a man under authority and have soldiers under me. I say to one ‘Go’ and he goes, to another ‘Come’ and he comes, and to my servant ‘Do this’ and he does it.”


9 When Jesus heard this, he was amazed at him. Turning to the crowd that was following him, he said, “I tell you, not even in Israel have I found this kind of faith!” 10 Then the men who had been sent returned to the house and found the servant in perfect health.


This Roman centurion did not just sit back and wait for the Master or the universe to stroll by and aid him; He Acted!  Even though he felt he was not worthy he participated and took action and in his actions he lived his great faith.


This example is an important one. The centurion On occasion I have seen people, well intended, stop and say I have faith and I am just going to sit here and wait for God to show me or give me a sign for what to do next.  I have been guilty of this misunderstanding of faith, in the past, myself. To stop working and acting on faith, sitting back and waiting to be guided. This is not going into the experience, the application of a living, active, act of faith.  This is not participating with spirit, as the Cayce would term it; to become Co-creators with God.  To put it another way, if guidance is needed; get up and go ask someone for directions or go seeking a map.


Again as it hath been given, "Show me thy faith by thy works," in thy relationships, in thy conversation, in thy activity with thy fellow man.  264-50


Faith is not something that is passive; it is active living participation in our daily experiences and beliefs, which is how faith grows to move mountains.  It is even at the core of the act of communion.  The etymology of the word communion is mutual participation.


Such lack of participation could be considered by another phrase we are probably familiar with; Blind Faith.   The readings making it very clear the error in blind faith:


If they are met in Him that is the Maker, the Creator of all that exists in manifestation, as He has promised, then not in BLIND faith is it met - but by the deeds and the thoughts and the acts of the body, that through Him the conditions may be met day by day. Thus has He bought every soul that would trust in Him.  442-3.


Ideally with these words and with remembering of the knowing of faith we already have in our being we can incorporate them in to our daily living and being, acting in faith and growing in faith.  In the participation our faith will develop, will expand exponentially , like the splitting of an atom we can split open the word of faith into an ever expanding transcendental experience of light for ourselves and others leading us to our ultimate destination of the Empyrean light.


As we apply what we know, there is given a great understanding of how our faith may increase and become a living thing in our experience.  (SFG I, faith chapter)