A Fulfillment of one of Hugh Lynn Cayce’s Dreams:

Many may remember Hugh Lynn Cayce as the renaissance architect of the modern Association of Research and Enlightenment, who after his father’s, Edgar Cayce, death, and Hugh’s own return from Europe after WWII created the modern A.R.E. literally from the ground up. 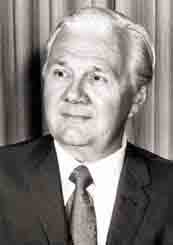 Not as many are as familiar with Hugh Lynn’s passion for archeological research to validate the Edgar Cayce readings of ancient civilizations and in particular the Cayce readings for an ancient Egypt civilization at 10,500 B.C.; the “Ra Ta” period or how important he felt it was.  This was a period that, according to the readings Edgar Cayce had an incarnation as Ra Ta, the high priest and Hugh Lynn had an incarnation as the Pharaoh of the time.  The readings also detailed this time as a period of the construction of the Great Pyramid of Egypt along with a temple of sacrifice and a temple beautiful.  The Readings not only described a highly advanced Egyptian civilization thousands of years before mainstream Egyptologist deem it possible, but it also described their trade and collaboration with the civilization of Atlantis.  Atlantis, that lost civilization first written about by Plato.  The Cayce readings describe the Atlantean influences in this ancient Egypt as they fled the final destruction of their country with evacuees spreading around the world and other Atlanteans, along with Ra Ta and the Egyptians creating a center for spiritual advancement with emissaries from civilizations and groups across the globe.

Hugh Lynn’s passion to find such archeological evidence for the Readings spanned decades, from personally searching and digging in Israel and Iran, to donating to a dig at Nag Hammadi Egypt and then to working with the Stanford Research institute in investigating the area surround the Sphinx on the Giza Plateau drilling bore holes to search for underground chambers beneath the Sphinx.

Author A. Robert Smith describes Hugh Lynn’s incredible focus and purpose of this quest in detail in his biography of Hugh Lynn; “About My Father’s Business; The incredible Story of Edgar Cayce’s Son”.  Writing about Hugh Lynn’s archaeological search Smith states:

“The quest for evidence to support Cayce stories of ancient events had just begun.”[i]“…and (Hugh Lynn) would spend the rest of his life in hot pursuit of the evidence of Ra Ta.”[ii]   Hugh Lynn felt that such proof would have his father; “be recognized as the greatest mystic of modern times.”[iii]  (Author’s bolding)

One can clearly see the importance Hugh Lynn placed on archeological research for his father’s legacy.  Such validation would grant the recognition of Edgar Cayce “as the greatest mystic of modern times.” Unfortunately, with all Hugh Lynn’s Herculean work with his many archaeological searches continuing until his passing, no conclusive evidence was found. Thankfully, Hugh Lynn passion had lit the torch of the purpose and the importance of this archeological search and through the continuing years others have picked it up this torch and continued the search. Great credit should be given to this line of torch bearers who believed as Hugh Lynn did the great importance and significance of archeological research for the Edgar Cayce work and its legacy and kept that light of this search alive.  Of these many searchers and their great efforts, I would like to in particular thank Lora and Greg Little for dedicating their time talent and treasure searching the Bahamas, Bimini, the Yucatan and Piedra Negras for such evidence.  Their books on their efforts and research are well worth reading.

Now for the incredible fruition of Hugh Lynn’s dream; firm and compelling archeological evidence of an Edgar Cayce reading on ancient events and one that is directly linked to Ra Ta and that period in Ancient Egypt.  I know that this is an extremely consequential and bold statement, but the solid archeological evidence clearly exists and has been discovered.

This starts with the Cayce Reading 281-25. This reading request specifically asks its questions about Ra Ta, the Temple Beautiful and ancient Egypt circa 10,500 B.C.  The reading answers include that Ra Ta was involved in its construction and primary purpose of this sacred site, the Temple Beautiful was to raise individual’s spiritual consciousness, to reach “God-Consciousness”, enlightenment.  Further that emissaries from “the nations of the earth” came to Egypt to go through this initiation to higher consciousness, to give themselves to this service to then help others in reaching such enlightenment.

In the middle of this reading, almost as an aside in describing the construction of the Temple Beautiful the unit of measurement is given; it being 27.5 inches “was a cubit then.”  This small statement about a measurement for construction of a sacred site, a temple whose purpose was to initiate people from around the world into higher consciousness is also the measurement that built the foundation for the archaeological evidence of an ancient lost global civilization with one of it purposes being to assist other in raising consciousness just as described in the Cayce reading. The fulfillment of Hugh Lynn’s dream.

In the space available I will lay out the details.  About Eighteen years ago I began researching that 27.5-inch measurement noted in the Edgar Cayce reading.  Research that not so much had me digging through the sands of Egypt or hacking through the jungles of Mesoamerica or trekking through the deserts of the Southwestern United States, though there was a bit of that, as it was more of years digging through Egyptologists, Archeologists and ancient Metrologists written archives.  On the surface researching an ancient measurement is not your “Indiana Jones” exciting adventure and certainly does not get the same attention, press or funding.  Yet ancient measurements are extraordinarily important.   Allow me to share from the archeologist and anthropologists themselves just how important ancient civilizations and their measurements are.

“The study of ancient measures used in a country is a basis of discovering the movements of civilization between countries.”[iv]

“Among the various tests of the mental capacity of man one of the most important, ranking in modern life on an equality of with language is the appreciation of quantity, or notions of measurement and geometry. … Thus the possession of the same unit of measurement by different people implies either that it belonged to their common ancestors or else that a powerful commercial intercourse has existed between them.”[v]

“Cultures sharing similar measurement systems likely had some form of contact. Should such a measurement be located in architectural remains, and appear in halves or doubles, then the probability that this measure reflects a real historical unit of measure increases.”[vi]

“Measurement systems have provided the structure for addressing key concerns of cosmological belief systems, as well as the means for articulating relationships between human form, human action, and the world—and new understanding of relationships between events in the terrestrial world and beyond.”[vii]

“From the stones of Stonehenge to the alignments and calendars of Mesoamerica, measurement stands at the dawn of cosmology. The term “cosmology” is used here not just in the sense of explanation of the celestial, but in the sense of conception of the universe—the set of beliefs about the world, material and immaterial, and the rules through which interaction can occur."[viii]

As can clearly be seen from these experts, measurements are vital to ancient civilizations and to our understanding them today.  Measurements spoke to these ancients’ mental capacities and their sciences such as engineering and architecture.  Further different civilizations using the same measurement demonstrates solid communication and possibly common ancestors. While similar measurement systems provide strong evidence of communication between them. The use of measurements by ancient cultures also spoke to their spiritual philosophies. Their relationship between the material and immaterial, their relationship between Heaven and Earth and uniting them. Measurements were central to their sciences and spirituality at a fundamental level.

Now, with this important background let me share how well the Cayce reading brings this all together starting with the Egyptian measurement of 27.5 inches (70cm) and its connection with a sacred site linked to multiple cultures for raising spiritual consciousness fits these archeological standards.

-Indus Valley: the Harappans used an “Indus foot” of 34.55 cm and a “double foot” of 69.11 cm. These results are equivalent to the length of the spirit light cubit and its half.

The evidence shows 3 of these civilizations used the same exact measurement, while the other 2 civilizations use multiple of the measurement. This is stunning archeological quality evidence of a lost civilization that had communications and trade and possibly common ancestors that spanned at least 5 civilizations and 4 continents!  Further this shared measuring is found at their sacred sites, all these sites are considered “axis mundi” places where Heaven and Earth. Ancient sites used to raise spiritual consciousness. 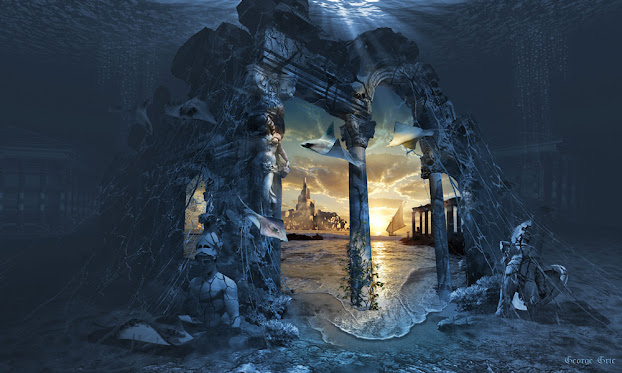 There is so much more evidence and detail that strengthen and validate these conclusions in even more multiple significant and meaningful ways that make the entire results so flawlessly elegant. It takes your breath away.  For now, let what has presented here suffice.

What is presented here, alone, confirms the Cayce reading; the Egyptian unit of measurement, the same measurement or measurement system, found in use around the ancient world’s constructed sacred sites, for the same spiritual purpose as cited in the Cayce reading and all archeologically evidencing global communication from at lost civilization.

Pause and pondered the ramifications of this archeological evidence.  First, just standing alone the archeological evidence meets their standards to posit a lost civilization having a global reach with a measurement system used at their sacred sites without the reading. Second this evidence seamlessly fits into all the Cayce reading describing such a civilization along with its global reach and purpose.

Hugh Lynn’s dream and “quest for evidence to support Cayce stories of ancient events” has just been fulfilled!  Which means, by Hugh Lynn’s belief, “that such proof would have his father; “be recognized as the greatest mystic of modern times.” Please as any follower of the Cayce reading take the time to savor that statement.  Then share this news.

I believe this is just the beginning of many more such discoveries validating the Cayce reading; I assure you I have already found others.

[v] Flinders Petrie. The Journal of the Anthropological Institute of Great Britain and Ireland, Volume VIII.

[vi] Flinders Petrie. The Journal of the Anthropological Institute of Great Britain and Ireland, Volume VIII.

[viii] Measure: Towards the construction of our world. The Archeology of Measurement: Comprehending Heaven,

For those interested this entire journey and much greater detail of this wonderful discovery can be found in my book; The Spirit of Light Cubit: The measure of Humanity and Spirit.