The Pendulum swings for the Spirit of Light aka “Cayce Cubit”

The Pendulum swings for the Spirit of Light aka “Cayce Cubit”


In an earlier article (VI Oct – Dec ’11) I wrote about an ancient Egyptian cubit spoken of By Edgar Cayce in reading 281-25.  An Egyptian cubit known of, but generally considered inconsequential by today’s mainstream Egyptologist, though written about more significantly by Dr. Livio Stecchinni , a professor of ancient measurements.  I demonstrated the extraordinary and compelling evidence of the use of this cubit at three different sacred sites, on three different continents.  This substantiation, at the very least, alludes that such a shared unit of measurement would have to come from an advanced culture that could travel worldwide.  Obviously this is verified in numerous Cayce readings.  Unfortunately such a source is considered unacceptable by mainstream archeology.


If the scientific community can reach beyond the hubris that we must be the most advanced society the earth has seen and therefore the further one goes back in history the more primitive the culture must be.  Perhaps that last observation is too strong, but there does appear to be a bias towards the idea of an advanced ancient civilization that could travel between continents and share its wisdom and technology, thousands, if not tens of thousand years ago.   Add on top of that that the initial evidence came from psychic information as provided by Edgar Cayce and many simply stop listening at all.  That is truly a shame. I understand merely stating it as fact is not enough, evidence needs to be provided but that should not preclude researchers from using psychic information as a springboard for further investigation to the possibilities. Remember the “mythical” city of Troy from Homer’s Iliad was actually found. Further until recently it was thought the construction of megalithic structures was impossible before “civilizations from 3000 B.C.  That now has been overturned by the ongoing finds and excavations at Gobekli Tepe in Turkey, where multiple megalithic stone circles, similar to Stonehenge have been discovered and confidently dated to at least 9600 B.C. with evidence of more buried stone circles possibly 3000 years older!


My recent research is now showing evidence that the “Cayce Cubit” could well be an even greater verification of a worldwide advanced culture, with an ancient international system of measurements, in what would be considered prehistoric times.  Obviously the evidence is already there as earlier presented with this same cubit being used at these three sites, but is there any other precedent for such an international unit of measure?   The answer is yes, in what could be considered a subsequent system proof; it is in our modern day metric system (I.S.).


To really appreciate history repeating itself here, a brief record of the creation of the meter is needed.  It started in the late 1600’s with several scientist of the time who began calling for the need of international units of measure.  Their initial suggestion for this unit of measurement was to use the length of a pendulum that half of it’s to and fro swing equaled one second.  The actual full period swing is 2 seconds and these pendulums are known as “2 second pendulums”.  From the 1600’s to 1930 pendulum time pieces were considered the most accurate time pieces in the world. This became known as a “second’s pendulum.”  The length suggested was 39 ¼ inches (997mm), this was the length of the pendulum that when swung at less than a 20 degree arc became a seconds pendulum. It would take over another one hundred years before the suggestion for an international standard would really begin to move forward. 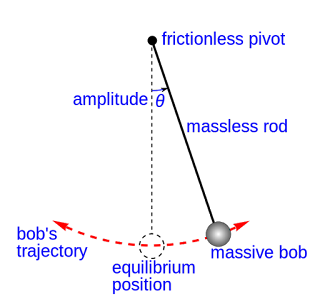 
While the French revolution was going on struggling for its age of enlightenment the push for an international unit of measure began again.  This time the discussion was to use the pendulum length as a unit of measure or a fraction of the length of the distance along a meridian from the Equator through Paris to the North Pole.  Though the pendulum was considered a good choice in its portability and ease to re-create all over the world, think of the metronome used in keeping time for music or a grandfather clock, it uses the same principle.  It was argued that due to gravitational discrepancies in different places in the Earth that the pendulum would not be accurate enough.  It was finally decided to use one ten millionth of the distance from Equator to Pole, this would be the meter.  A 7 year plus expedition than was commissioned to get this equator to pole measurement.   The meter’s fascinating history continues down a long convoluted journey and is now evolved to be the distance light travels in a vacuum in 1/299792459 of a second.


I posit that the “Cayce Cubit” of 27 ½ inches was used in a similar manner as today’s meter for an international unit of measurement in what is considered prehistoric time.  Besides the structures themselves that provided standing evidence of its use in Egypt, Great Britain and Mexico, there is further evidence provided in the history of these ancient cultures and the history of the modern meter.


As noted above the way to determine the length of the meter boiled down to two final choices. The choices being a tiny fraction measurement of the earth’s surface, which took another 7 years of expeditions to get a very close measurement of, or the length of a “Seconds Pendulum”.   Each recommendation had its own drawbacks, but I think about which one would be the easiest to share and re-create among other varying cultures and could be passed on even if a civilization fails.  I believe the answer is clear, it would be the pendulum.  The next question is what about their suggested length of 39 and ¼ inches for the “seconds’ pendulum”, that still doesn’t fit!  That is correct, for a pendulum that is swung at less than 20 degrees.


So I researched what length should a pendulum be if swung at a different degree angle and still create a seconds pendulum.  Incredibly what I discovered was that starting the swing of a pendulum at 90 degrees (at the horizontal) you will get this all-important 2 second pendulum if the length is 27.5 inches! Incredible!


Using mathematic software programs to test this theory gave a correct pendulum length of 27 ½ inches, if the pendulum swing was started at a 90 degree angle.  This provides a simple an elegant solution of placing the apparatus in the ground, then bringing the pendulum up to the horizontal (90 degrees) and letting it swing.  Just as in the suggestion of creating the international unit of the meter this also creates such a measuring unit. (The Cayce Cubit)


Fascinatingly there is more evidence for this unit provided by the Great Pyramid of Egypt.  Several researchers have noted that the Great Pyramid appears to be a geodesic model of the Earth (see Wm R Fix: Pyramid Odyssey).    Different Dimensions of the Great pyramid, such as its height and perimeter are a very accurate 1/43200 model of the dimensions of the Earth.  The interesting point here is that the “seconds pendulum “, a pendulum with a 2 second period, is a 1/43200 portion of a mean solar day.  A mean solar day equals 86,400 seconds. Please remember the ancient Egyptians are credited with giving us a 24 hour day.  Using the Cayce cubit then, not only gives significant results in its units of measurement for the Great Pyramid, but as a model of the Earth and keeper of time.


This is even more appropriate when examines the survey equipment that may have been used not only to build such structures, but also to measure and transit the stars above.  In the case of the Egyptians this was called a “merkhet” which is translated, appropriately as an instrument of knowing or an “instrument of time keeping”.  It was known to be used for time keeping by measuring stars, find North, and for building construction.  This was very similar to a surveyor’s tripod and plumb bob and as such it could have also functioned as a pendulum. 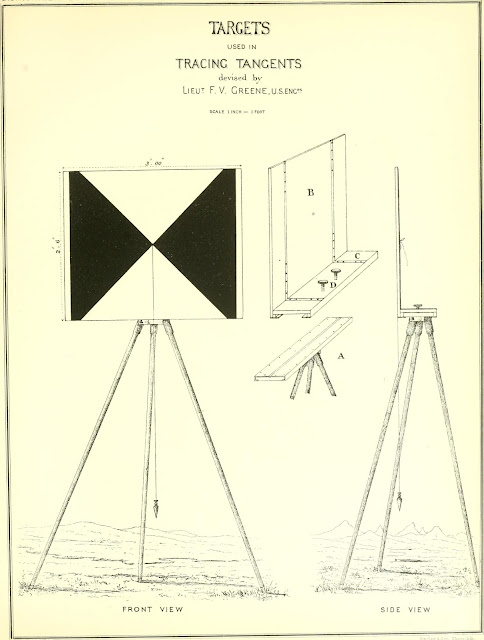 
The Egyptians and the Maya both had “stretching of the cord” ceremonies, used for measurement in the construction of their structures and in some case in measuring of the heavens.  Both civilizations also are known for their advanced understanding and measuring of time.  The builders of Stonehenge are more of an enigma, but traveling to the British Isles would by an advanced culture and sharing such knowledge would have been even simpler.


So there it is, by being willing to use the information provided from the psychic readings of Edgar Cayce which included an Egyptian cubit length ignored by Egyptologists, an advanced ancient civilization that could travel the world, and that world representatives even met as a council in Egypt, one can find valid confirming evidence for international sharing of information.   In using the information provided by Edgar Cayce’s psychic ability, along with archeological and scientific evidence, the theory for a  type of international unit of measurement that would be simple to travel with and recreate all over the world with a pendulum or just the instructions to build a pendulum can be submitted .  By using the knowledge provided, exactly what our own scientist suggested doing for an international unit of measurement, using a pendulum, works the same way for the Cayce cubit.  The evidence of those sites I wrote about all appearing to use the Cayce cubit help validate the theory.   It is so elegant, plausible and simple!  As Troy, once considered a fictional city, became an archeological reality, so moves the psychic archeology of Edgar Cayce.